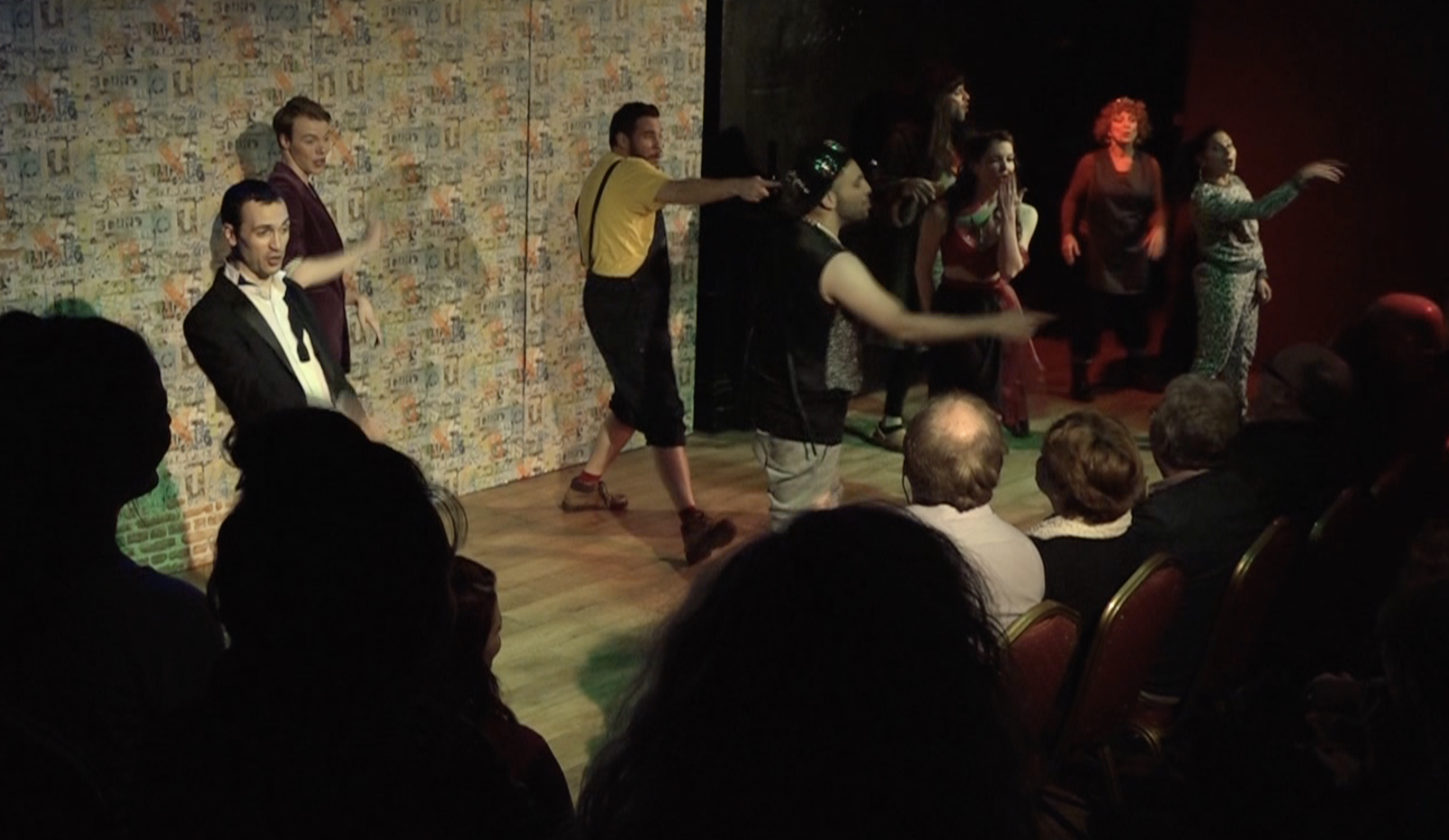 Great reviews and an audience of over 1200 greeted my 3rd adult panto in Guildford in 2015.

“Once upon a time there was a beautiful Princess who lived in Old Peking. Her father the Emperor wanted her to marry a rich man, but her needs were a bit more ‘demanding’ if you catch our drift.

Aladdin was a poor washerwoman’s son who lived with his mother Widow Wankey in – and this is honestly not going to come as a surprise – a laundry. He was a bit short of experience in the whole bedroom gymnastics department too. If only he could get rich enough to build a palace for the Princess, an erection like that would be bound to win her over.

The Evil Abanazar was a grumpy old sod hell-bent on buggering up everyone’s day just for shits and giggles. He’s more power crazed than Putin, but not such a homophobic git.

Anyway, there’s a couple of genies, a cave, more gold than a Mr T lookalike competition, and a lamp that gets rubbed more times than the number of Scottish Labour votes.”

The script for Aladdin adult Panto is available to license, and I’m happy to revise as needed.

Check out the audience reviews video!

“The show begins (and ends) with a surprisingly well-choreographed and sung rewrite of You Can’t Stop the Beat. It is surprising because this is the back room of a pub with hardly any set, yet eight people burst on to this stage with nothing but entertainment on their mind.

Despite its iconoclastic bent, the show sticks faithfully to the traditional story. The production includes such panto classics as The 12 Days of Christmas, even though there is no massive scene and costume change going on backstage. Needless to say, it is hilarious.

Samantha Hastings has a terrific voice and performs a beautiful duet with the equally fabulous Alice Ferreira, based on I Know Him So Well. Substitute the word blow for know and you’ll see why it’s an adult pantomime. The diminutive Ferreira is clearly one to watch, doubling as the clerkish Spirit and the council-estate Genie. She is also given the crudest jokes, which she delivers with considerable aplomb.

Damian Escayg’s Widow Wanky often dominates the stage in a nicely Russell Brand way, Hilary Harwood provides welcome live music on ukulele and guitar and Harry McLeod is excellent as Wishee Washee, trying his uphill-struggle best to encourage his ‘gang’ to join in.

Thoroughly enjoyable. This shows that with a talented and well-directed cast and witty script, panto doesn’t need lavish costumes and set.” 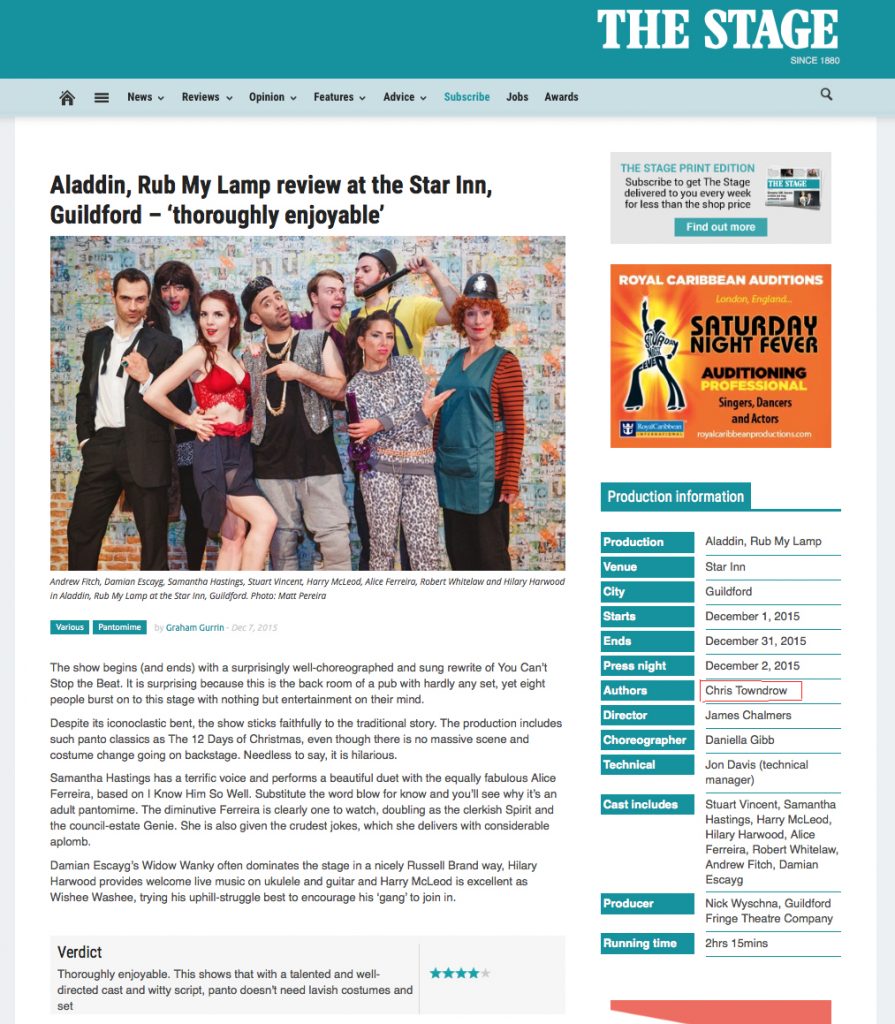 “The Guildford fringe Panto was AWESOME! So much fun. OMG I have tummy ache from laughing. Completely under the belt and gorgeously silly and the singing was amazing.”

“Congrats to all involved and special thanks to Nick Fringe Wyschna and Chris Towndrow for making avid panto fans of us two years ago. Oh yes, you did!!”

“Loved it Chris. Would highly recommend it for an adult Xmas outing.”

“Just been to the adult panto ‪@guildfordfringe. Bloody hilarious.”

“Great night last night ‪@GuildfordFringe A day without laughter is a day wasted. We didn’t waste yesterday as we laughed for 2 hours”

“The adult panto has returned to Guildford with Aladdin Rub My Lamp for another rude, fun, clever, bawdy year.”

“The story is as banal as it is meant to be. The script and the jokes are equally as corny and stupidly childish as you could want. And no gratuitous swearing, so you could bring your aged mother along. Well, maybe not – you might have to explain the jokes to her as well.”