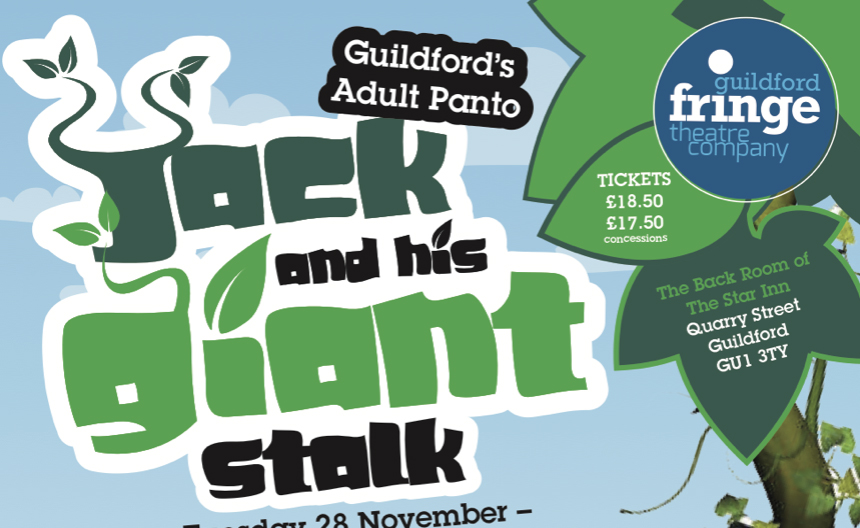 Here’s what the blurb said about this sideways look at a familiar tale.

“All is not peachy in the kingdom of Fringeland as the impact of Frexit starts to bite. Even double entendres have been banned for being French. Poor Jack’s farm is on its uppers and two hairy men in outrageous frocks are at their wits end. Can three magic beans change their fortunes in life and love? I think we all know the answer to that one.

Meanwhile in the Kingdom of Pantoland, an elusive Evil Queen has cast a sleepy spell on gorgeous heiress Princess Jill and is poised to govern without a solid man-date. Jill is imprisoned in a castle behind a mahoosive hedge – who can finally conquer her bush?

There is so much at stake. Can Jack climb the beanstalk, rescue Jill and thus save both Pantoland and his own farm? If Jack goes up the stalk, will Jill go down on it? And how on earth are we going to cram in two whole Kingdoms and a giant sodding beanstalk onto our tiny stage?

Join us at this year’s Adult Panto for answers to all this and less.” 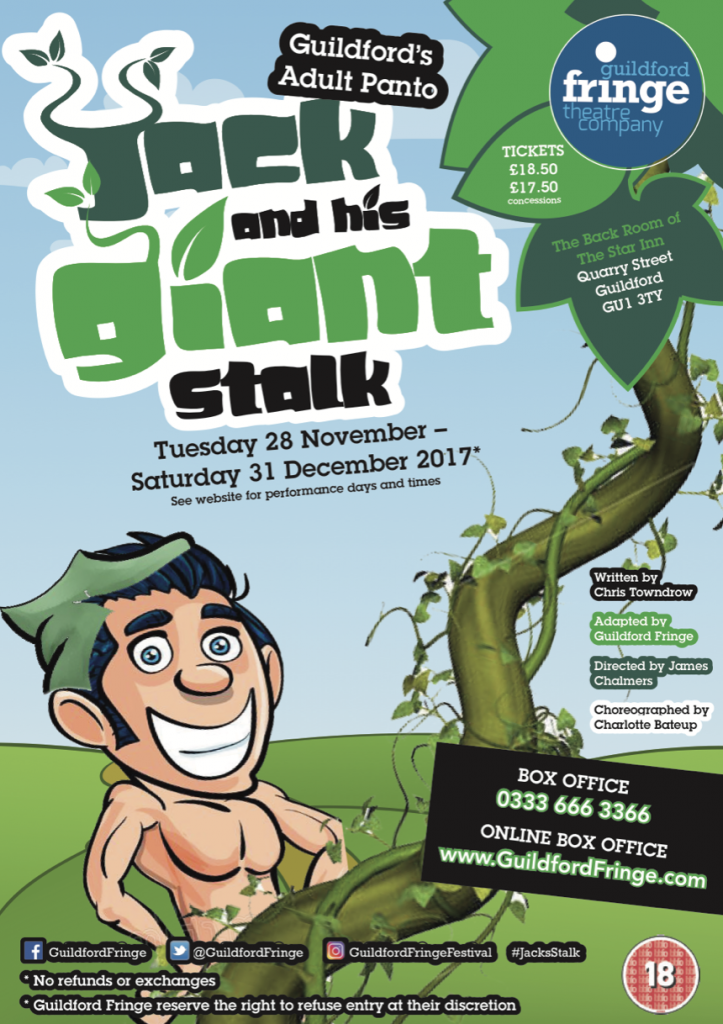 The performance run sold out – again – and we had the usual crop of great reviews:

Oh yes it is! The Guildford Fringe’s adults-only pantomime is back, and it’s another side-splitting riot of crude comedy and music…

Because make no mistake, the volume of cringe-worthy clangers spat out in gatling fashion by this panto is relentless, with some jokes so toe-curlingly crude, lame or both they’re enough to make you want to chew though solid steel or wince blood. Which is a vital part of what makes this show so deliriously entertaining and such a tacky triumph.”