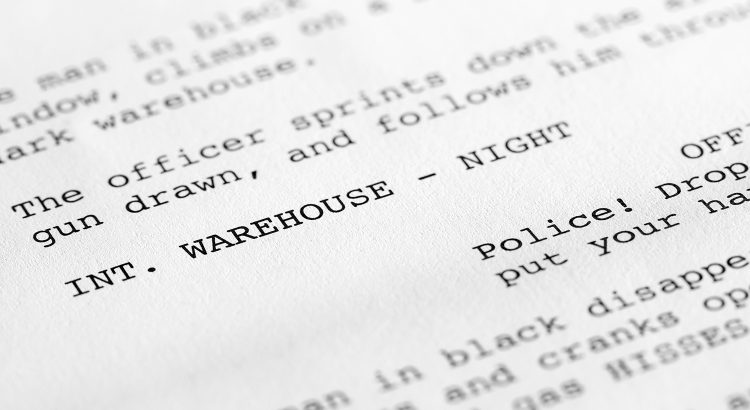 Poetry is where I started. It allows a very fertile mind to escape onto the page. I was inspired to start writing when I met a guy who worked in the same branch of McDonalds as me, during my gap year. He used to write nonsense poetry, so I thought I’d give it a go.

I’ve taken a stab at what you might term classical rhymes, observational poetry and offbeat and less structured pieces. Now it has escaped into the world – click the links below to go to the Kindle Store:

Oddities is a collection of poems on a variety of subjects. Most of these were penned in the 1990s, when the muse was strong.

Screenplay writing is HARD. The rejection letters I recieved over 2004/5 prove that – at least to me.

I think quite visually – maybe that’s why I love working in corporate video production – so perhaps the transition from prose writer to screenwriter was obvious, but the process and finished product are so different.

Obviously the biggest challenge is that the screenplay is only the start of a process, but a manuscript is the end of one. Someone has REALLY got to like your screenplay to sink a whole bunch of money into putting it on a cinema screen. And even more money if it’s sci-fi, which is why I haven’t jumped into that genre.

A rural sheriff tries to balance his conscience, his grief and his friendships as he investigates the killing of his wife.

Jobbing photographer Rich is unaccountably accosted by MI5 and whisked away to an island paradise where he is instructed to begin a new life, cut off from both his past and the outside world. With no choice and a million pounds in his bank account, he tries to forget about his fiancée and get along with babysitting MI5 agent Nicky. Back home, fiancée Kate and best man Paul work on tracking Rich down before the wedding day.

A widower struggles against the prejudices of himself and the community to accept and defend the deaf son he thought was dead.

Football mascot Jerry and his team the Black Cats are in the dumps. When Jerry isn’t dating, the team always starts to slide. Then fate brings a new team physio, Laura, to the club. Can she be the saviour of the Cats and the men?

Belfast exile John decides to make his umpteenth career change in London and become a screenwriter. He bumps into movie agent Kate and together they decide which parts of their relationship should make it to the big screen.

“The Girl Who Stole The Eiffel Tower” – British rom-com

Single man Sam is great at matchmaking for his friends, but he won’t date anyone except his perfect woman. Amanda doesn’t conform to his vision of fate, so do they stand a chance together?