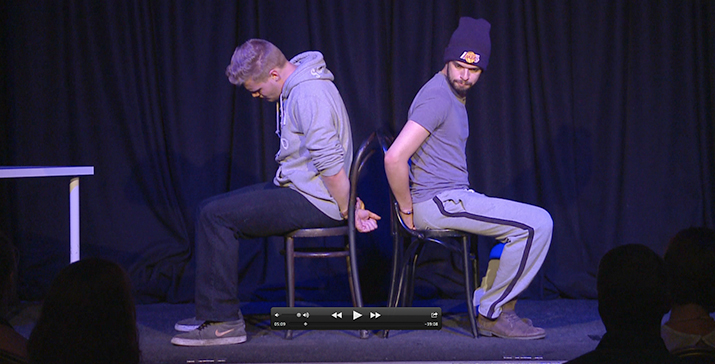 This was my first proper shot at being a “serious” playwright. I was inspired to write a 1-room real-time play after seeing another production in the same space.

I’ve enjoyed creating some intricate plotting in screenplays and books, but this required a whole new level of planning to ensure the logic held water from different perspectives. I also had great input from the director on adding a more cutting edge to the first draft.

People ask me how long it takes me to write – and it’s hard to quantify. The planning and idea generation take weeks and weeks of elapsed time, but sometimes only a few minutes at a time. When I’m in the zone, the actual script can be over just a few days.

The set-up for “The Setup”

Two men sit, back to back, on simple chairs. Handcuffed.

There’s been a police raid on a suspicious business address and most of the staff have been taken into custody. Due to a snafu, there weren’t enough cars to take everyone, so these two men have been put in a holding location onsite.

Waiting. Time drags. They get talking. They get angry. They tell tales. They form an uneasy bond.

Until a truth comes out. And another. A confession.

In strides a cop. Looks like it’s all been a setup. 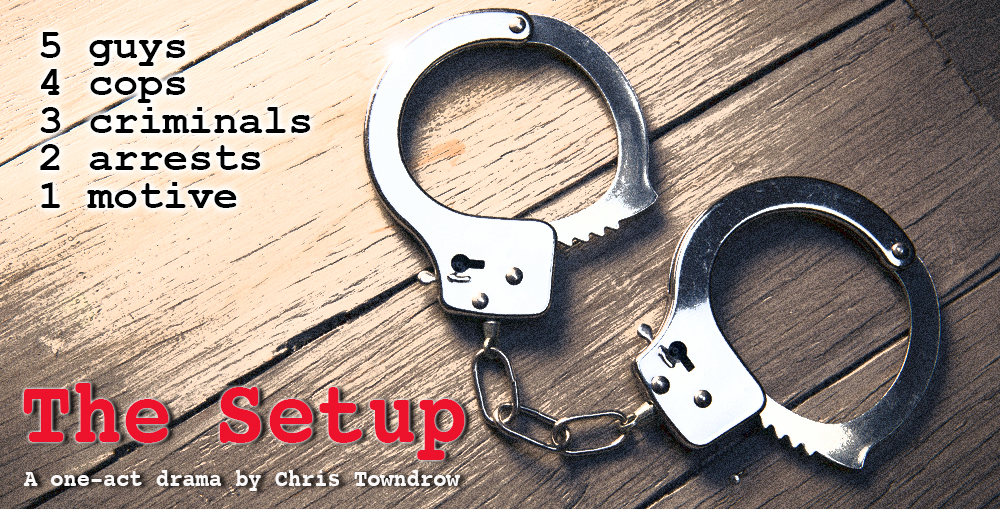 The play was performed in 2015 and I’m hoping to revive it very soon.