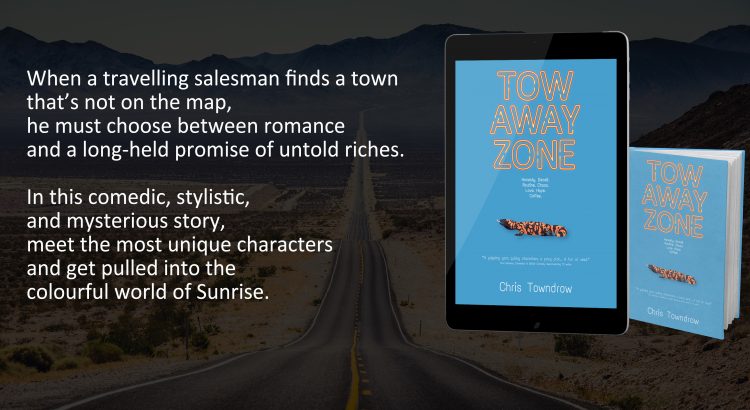 Beckman sighed. He was bored of this game.

The color was red, which was the important thing. Except it wasn’t important, not in the slightest. He’d never even seen red—it was merely a word, a concept.

It was a light, a flickering light. That was the important thing—because it was pissing him off. Keeping him awake. Riling him. Mocking him.

He rolled over. The portable alarm clock on the nightstand read 22:11.

The motel was full; no point in trudging down to the grunting oaf on the check-in desk to request a change of room. There’d only be an argument, he’d grow even more awake and still wind up back in Room 12.

There lay a quantum of solace—he’d wangled Room 12.

Yet, now, it didn’t feel like such a good peg to hang anything on. Tight as he pulled the curtains to the window edges, the material was much too thin to block out the light entirely. A static wash of red—of any shade—he could cope with. This damn irregular flickering, though? Torture.

He debated the merit of asking Grunting Oaf for the neon frontage sign to be switched off, but knew he’d come across like a petty jerk.

Instead, he reluctantly threw back the covers, flicked on the ineffectual bedside lamp, padded across the thin carpet, and rooted through his open suitcase. Tucked into a side pocket was an eye mask, a freebie relic he’d kept from a TWA flight back aways—a cross-country trip to see Mom, if he remembered right.

Rarely had he found it necessary to sink so low.

The last time was, what, two years ago?

He’d run out of gas in the middle of nowhere and spent a night in the back seat of the car. The moonlit hours and incessant cicadas turned out to be a minor inconvenience compared to the litany of aches he woke with. It had been even worse than the nights in the treehouse twenty years earlier—though those sleep-outs were more about independence than comfort.

At least tonight he had a bed.

He avoided thinking about what adventures it might have experienced. The long years of a motel-heavy existence had warned him off such seeping imaginations and revulsions.

Instead, he slid under the starchy covers, adjusted the eye mask until his view became blissful darkness, and buried his head as best as he could in the unhelpfully spongey pillow.

The air conditioning unit hummed and, now that the visual distraction had gone, his ears became more attuned to the surroundings. But was the flickering light now making an intermittent buzzing?

‘Oh, snap,’ he breathed in the darkness.

Could this night suck even more?

He pulled the edges of the pillow up around his ears and hoped sleep would arrive before cramp set into his arms.

Oh, for the ability to count sheep, he mused. He’d have to count his blessings instead.

He got as far as three and lolled his head over. How much time had passed? Would the unpredictable gods of night and slumber grant him morning?

He found a fourth blessing; nobody was listening to the TV or playing music at an unsocial volume in the adjoining rooms. No yelling. No we-know-what-you’re-up-to grunting.

Nevertheless, on such nights, dormant thoughts resurfaced about trading his Buick for a station wagon or an RV. At least that way, he could make room for a sleeping bag and be sure the courtesy light didn’t have a mind of its own or harbour dreams of a career in a nightclub.

Maybe a different vehicle would give him a new lease of life? Something needed to change.

Blessing One: a steady job.

Not every stop-over on the road turned out like this. Tonight’s issue was an annoyance, a mosquito. Ironically, it was as likely to keep him awake as hearing such a tiny buzzing in the room, even if he couldn’t see the insect. The difference being, he wouldn’t wake up tomorrow with a red welt on his arm.

So, another blessing, surely. By that logic, he could come up with a million more.

Maybe he could count them:

(5) Loving family. Well, a semblance of.

(6) No noisy neighbors. Tonight, at any rate.

(9) Only four more stamps to go on the loyalty card before the next free coffee.

See—things could be worse. Now, go to sleep Beckman.

Miraculously, the fog descended. The world outside slipped into redundancy.

Sunday crept towards its end.

His cell phone rang. It could have been an air raid siren.

He mentally hauled himself back up the ladder to reality as quickly as he could muster, pushed aside the eye mask, stumbled out of bed with an ‘Oh, snap’, and scooped up the chirruping device from the desk. The off-brand charging cable halted his movement, so he rudely yanked it out and hit the Answer key.

Amidst the bleary chaos, he’d noted that the caller was “Office”, and his mood nosedived.

Office? On a Sunday? Have I woken in a parallel universe?

He recognised the terse voice. Otherwise, given the time of night and his general humour, he’d have taken pains to point out that (1) this was his personal cell, so who did the caller think would answer? and (2) the caller had addressed him by name, thereby proving he already understood item (1).

However, Beckman kept it zipped, knowing the caller wasn’t someone who took kindly to such logic or admonishments.

Beckman took a calming breath; the words were hardly a revelation.

A Sunday? What fresh hell is this?

A flourish of downdraft from the meshed duct in the stained false ceiling wafted cool air down his back and raised goosebumps. The room flickered intermittently scarlet or imperial. Or possibly crimson.

‘I’ve some good news for you.’

Beckman waited to hear. And waited. And realised Mr Malvolio was waiting for him to indicate that he was waiting, because what else could possibly be more exciting than to be woken (kind of) in the middle (barely) of the night by a random phone call from your godawful boss, bearing news which doubtless could wait until the first—or ideally second—coffee of the following day had passed your lips?

‘I’m all ears, sir.’ He scratched his balls.

Beckman waited for more detail. And waited. And realised Mr Malvolio was expecting him to say something to indicate a reaction to the apparent Good News of someone’s death. Because what could be more sensible than prolonging a phone call in the not middle of a Sunday night when you’re standing with itchy balls in a cold breeze in a godawful motel room in the ass end of nowhere?

He really wanted to say, “Get bent and call me in the morning, you atrocious slave-driving freak”.

But he liked his job. Well, he did his job. It was the only one he had, and he didn’t want to lose it.

‘He got struck by lightning this afternoon.’ Malvolio said it with the same level of intrigue or sadness as one might when ordering pizza toppings.

‘Not for you, Spiers. That moves you up to Number Two.’

Malvolio had evidently had enough of this heartfelt wallowing in the untimely demise of one of his workforce and was, predictably, getting down to brass tacks. Or, more likely in his case, gold tacks.

‘Sheesh. I guess it does. Poor Belcher.’

‘Sad to see anyone die while they’re still in the race.’

‘Or any time,’ Beckman suggested. His mind was barely half on the call now.

Belcher’s sales volumes are apparently deemed irrelevant to the race, his slate cleaned. One of the riders has dropped out.

‘I suppose so. So, get your hiney moving, Spiers. Number Two position—pretty good going for a man like you.’

Beckman gave the illuminated screen a hard stare. Not that Malvolio judged him wrongly—Number Two was pretty good going—but for Beckman to verbally concede such a fact would have been a weakness. So, he said nothing.

Would Malvolio take the opportunity to crack the whip further? Beckman mentally wagered his worldly possessions on it.

‘Only five days left,’ the harsh old voice continued. ‘It’s not impossible. You can make Number One. Shoulder to the wheel, Spiers, nose to the grindstone.’

‘That’s what I like to hear.’ Then the phone boop-booped to indicate that the line had been hung up.

Beckman stared at the screen in a casserole of a stupor made up of tiredness, disbelief, revulsion, hope and itchiness.

Esmond Belcher is dead. I just got promoted to Number Two on the Salesman of the Year chart.

One week to go.

Could I? Could I really make Number One? Finally?

He gave his balls a good long scratch and went to bed.

FIND OUT MORE ABOUT THE BOOK HERE, READ MORE FREE CHAPTERS HERE, OR BUY ON AMAZON/KINDLE