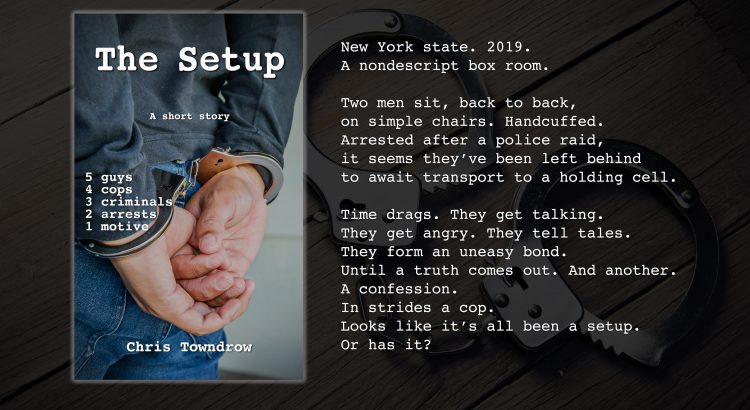 A New York cop drama about a sting.

Two men sit, back to back, on simple chairs. Handcuffed.

There’s been a police raid on a suspicious business address and most of the staff have been taken into custody. Due to a snafu, there weren’t enough cars to take everyone, so these two men have been put in a holding location onsite.

Waiting. Time drags. They get talking. They get angry. They tell tales. They form an uneasy bond.

Until a truth comes out. And another. A confession.

In strides a cop. Looks like it’s all been a setup.